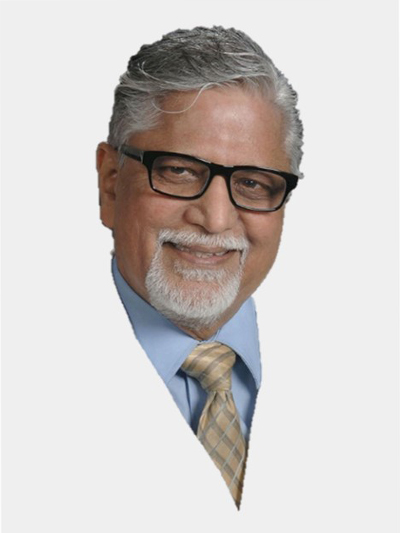 Dr. Arun Pramanik, MD, DCH, FAAP, FIAP  is Professor of Pediatrics at LSU Health in Shreveport, Louisiana in U.S.A. He obtained medical degree (MBBS) from India, followed by post-graduate training in Pediatrics at the Christian Medical College, Vellore (Diploma in Child Health), and New Delhi (MD in Pediatrics) in India. He emigrated to USA and completed Pediatric residency at Sinai and John Hopkins hospitals in Baltimore, Maryland, followed by Neonatal-Perinatal Medicine fellowship at the Children’s hospital, University of Cincinnati. He is Board-certified in Pediatrics and Neonatal-Perinatal Medicine.

He was a faculty at the Universities of Cincinnati and Arizona prior to joining the Department of Pediatrics at LSU Health, Shreveport in 1980 as Chief of Neonatology and Director of the Neonatal Intensive Care Unit (NICU). He established level IV NICU and regionalized Neonatal-perinatal Care in conjunction with his Obstetrics (Maternal-Fetal Medicine) colleagues. He commenced a training program in Neonatal-Perinatal Fellowship in 1983; several graduates have joined the faculty at leading academic institutions. Dr. Pramanik was also elected President of LSUHSC-S Faculty senate.

In the late 90s, as visiting Professor at the University of California (UC), San Francisco he studied metabolism of SP-D and GM-CSF knockout in mice. Concurrently, as visiting scientist at the UC Berkley, he completed post-doctoral training in International Health policy, Health economics and management under Professors Len Duhl and Schaffer respectively. Their thesis on “The threefold way, a proposal of Pan American Health organization in Latin America” won an award from UC Berkley. He continues collaborative work in International Health at the Louisiana State University. As a senior member of the American Academy of Pediatrics, he works with International Pediatric leaders to address health issues of mothers and children in developing countries.

His current research is focused on: (1) Neonatal Lung Diseases; (2) General Neonatology, and (3) Global Neonatology. His past research included surfactant therapy in critically ill newborn infants, Necrotizing Enterocolitis and Neonatal Drug Abstinence. He received grants in excess of $ 1.5 million, and has published 70 scientific articles, 30 book chapters, and is completing a textbook on Chronic Lung Disease following Premature Birth. He is on the editorial Board of several leading Neonatology journals.

He has been active with the American Academy of Pediatrics (AAP) for several decades. Currently he is on the Committee of Fetus and Newborn, liaison to the Neonatal Resuscitation Program Committee, and member of the Section on Therapeutics and Technology. He recently co-authored the AAP policy on Postnatal Corticosteroids to Prevent or Treat Chronic Lung Disease Following Preterm Birth (Pediatrics, 2022:149(6): e2022057530). He is a co-author on the revision of the AAP policy on “Critical Congenital Heart Disease in Newborn Infants”, and is currently writing AAP policies on the “Use of Inhaled Nitric Oxide in Premature Infants”. He is also writing the AAP policy on “Preparation for Neonatal Resuscitation in Low Birth Volume Hospitals”, and revising the AAP Policy on “Apgar Score”. He initiated the AAP technical Report on “Neonatal Acute Kidney Injury” in conjunction with Dr. Kimberly Reidy (SONp).

He is on the board of International Neonatology Association. As a representative of the American Academy of Pediatrics, he was invited annually by the Indian Academy of Pediatrics (IAP) to train their leaders in establishing a national Neonatal Resuscitation program, improve neonatal-Perinatal Care, and address the WHO/UN Millennium Developmental Goals in reducing infant mortality. In 2019, he was inducted as “Fellow of the IAP”, and was bestowed the “Life-time achievement” awards for his services to IAP, and also from the American Association of Physicians of Indian Origin in USA for his dedicated service. He has received numerous national and international awards for his teaching and research, including “Outstanding Physician award” (AAPI), and the “Ellis Island award”. He was appointed by the Governor of Louisiana to: ‘Perinatal Care Commission’, ‘Commission to reduce Teen Pregnancy’ and to address ‘Maternal Alcohol and Substance abuse’. He received “award of excellence” for reducing infant mortality.

As a current a member of the AAP’s Committee of Fetus and Newborn, he has co-authored the revised policies “Postnatal Corticosteroid use in Chronic Lung Disease of Prematurity”, “and “Acute Kidney Injury in Premature Infants”. He is also a member of AAP’s ‘Neonatal Resuscitation Committee’ and ‘Advances in Therapeutics and Technology of the American Academy of Pediatrics’.